This essay is about comparison and contrastion of  Parsons’s structural functionalism and Dahrendorf’s conflict theory on social order and social change.

According to Parsons’s sociology there is system in society and there is structures in this system. Structures defined as politics, family, religion, the economy.  Structure cover eveything. There is a unity in structure and it is stable. İt has interdependent parts.  All parts of structure are work together which is make it functional. Social structure shapes our lifes. Each structures have social function.We understand our social placement, social statüs with these structures. Various  institutions  have its own function in society. Parson see society as a system. His first concern about society is social order. He see norms and values as social order. Actors of society acts according to these norms and values in society. Parsons is structural functionalist because he focus on structure of society and subsystems and their functional effect on society. Those subsystems connetected with each others. Society meets its needs with subsystems. For example, family need economy for meet their needs. The family use education system. They study in university for better job. After education they became worker. They use economic system. Therefore, all needs are met by subsystems. Society is like social action. Social action is all relations between two or more people. Social action guided by three main system: social system is the part of them. This system consist positions and statüs. For example, family as a institution constructed by mother and father statüs. Personality system, actors behaivours determined by culture. They act accordingly to their needs. These actions are not random, but are learned through socialization. İndividual fulfilled system functions by taking roles that their statüs need. Cultural system effect persinality and social system. These systems are shaped by values and norms. According to him, there is four main subsystems; economy, politics, law and culture. Social system need some structural needs it called AGIL ( adaptation, goal attainment, integration, latency ). Adaptation is about living in system which has limited resources. Economic activities serves to solve problems of adaptation. We should learn to live with limited resources. This is part of the fuction of society. Secondly, goal attainment is about politics. We need political activity to organize social order. We can reach order with politics. İntegration is about laws and rules in the society. Social relations, and interrelationships among units or groups regulated by laws, rules, norms. Last one is latency. İt is about maintance. Cultural patterns of behaivour must maintaned. We  create cultural pattern with our values. In social system, there is patterns variables to understand system. Parson divided pattern variables five main crateria:

1- criteria of achievemant over ascription: in most societies gender is ascribed, while success at football or in a musical career involves achievement.

3-Specific over diffuse criteria:  e.g. the motherchild relationship and family relationships in general, or relationships which have only a specified and limited purpose, e.g. a bus conductor issuing tickets.

4- emotional neutratility over affectivity: e.g. eating a meal or watching a football match compared with work that does not engage one’s emotions.

5- collectivity and self-orientation: Indivuduals share some values and norms. We can see that there is consensus in parson’s theory. Parson claim that social order and social change happens with consensus in society.

While Parsons mention about importance values concensus, Dahrendorf claims about normalcy of conflict in society. According to dahrendorf, conflict provide concensus in society. Conflict theory is a model of social change. Conflict arise from unequal distrubution of power. It chacracterize society. Any conflict can creat hostility between power and resistance. In conflict theory, we use dialectical thinkig. There are two thesis, one thesis against the other. These thesis and antithesis create senthesis. In marxist theory, bourgeoisie have power against proletariat. This is a thesis. Proletariat see yourself as exploited by bourgeoisie. This is a antithesis. Conflict arise between these two classes. Proletariat creat class consciousness and try to change this mechanism. This is a senthesis. Seeking rights create new middle class. They reach better position. Some people become subject to authority position. People may take power from their positions. However, positions are more stable than individual. Regular conflict come up from unequal allocation of authority as we see in Marx’s theory. Conflict groups creat change in social structure. Examples of these groups are labor unions, owner asociations etc. They all part of industrilazation of conflict.  Conflict create concensus. Dahrendorf does not see conflict as a threat for society. Some conflict might produce violence. These type of conflicts change society’s social order. Conflict is the part of society, we should deal with it and regulate it. Dahrendorf critist Parson’s shared values theory because conflict is function of society. It is integrative function. It is the way of built up structures or change them. Also, reaching concensus with conflict create new conflict. Parsons and Darendorf have opposite theories.

Critisim of parson: it is not easy to provide unity in complex societies. We can only see in pre-societies. His theory is not universal. He see culture as structure and have influence on other structures but there is no universal culture. There is no stable society. Also, he is not mention about disfuctionality. A functional thing for one society might not functional for other. For example: While the education system is functional for an individual living in the city, it may not fuctional for individual who live village. İndividual don’t need to be in education system for become farmer.

Critism for Dahrendorf’s theory: He does not count that there might stability in society. Also, his theory cannot answer that there may be parts of society which have conflict, may be exist together without consensus. 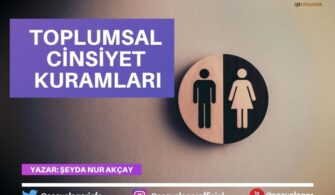 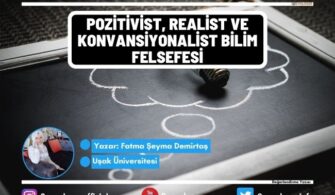 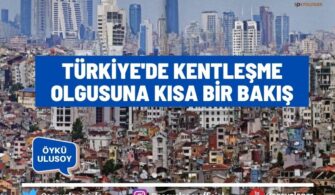 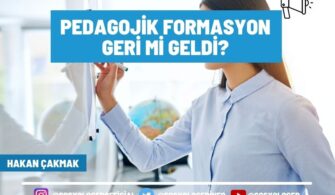 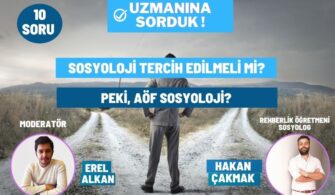 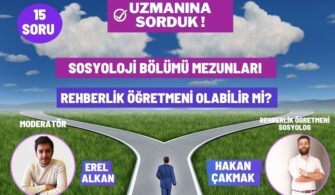 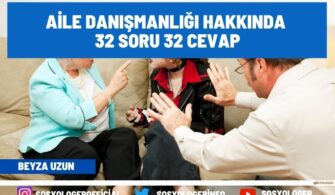